Fun Things to Do in Tulsa

Things To Do In Tulsa, Oklahoma

Tulsa, Oklahoma, is a getaway for all ages and interests, and the following are some of the top-rated and must-see.attractions in that city that are in addition to cultural attractions such as world-class art, ballet, opera, museums, entertainment venues, and more.

Center of the Universe

In downtown Tulsa, this acoustic phenomenon is a small hollow concrete circle in the middle of a larger circle of bricks that isn’t much to look at but is said to be connected to the universe. When you stand in the middle of the circle and utter a noise, the sound echos back even louder. It has become your own amplified echo chamber and is supposed to be a thrilling experience.

As one of the more than 140 parks in the city, Gathering Place is a public park of more than 100 acres south of the Downtown area on the east bank of the Arkansas River. Opened on September 8, 2018, it has trails, gardens, a playground, restaurants, boat rentals, puts on events and outdoor concerts, and much more!

Opened in 1927 on 85 acres in Mohawk Park, one of the USA’s largest municipal parks, this non-profit zoo has always had a primary focus to see that the 1,500 wildlife animals representing 436 species from all over the world thrive in an awesome atmosphere of conservation. The Zoo also provides family=friendly recreation and natural sciences education. Favorite areas are the Rainforest exhibit and the new Asia exhibit. The Zoo is accredited by the Association of Zoos and Aquariums.

A one-of-a-kind landmark, it was built as a 1920s speakeasy in the 1920’s prohibition days and also as a chicken restaurant and is filled with history. You will hear quirky folklore stories and memories about Tulsa’s past if you go on a tour of the building, which has the most unusual architectural shape.

Opened: August 30, 2008, the BOK Center has brought major entertainers to Tulsa to its multi-purpose indoor event, concert, and sports venue with 19,199 seats. Among other celebrities, there has been Justin Bieber, Alan Jackson, Eric Church, The Weeknd, Dan and Shay, Toby Mac, and more. It accommodates arena hockey, football, basketball, and similar sports. The facility cost public funds of 178 million and $18 million in upgrades that were privately funded. It is a great place to catch a show, has a beautiful interior design, and has food and drink options beyond standard concessions.

The BOK Tower skyscraper is in downtown Tulsa. At 52-stories, it was the tallest building located in the five “Plains States” at a height of 667 feet until it was surpassed by Devon Tower in 2011.

This is a historic gas station that is a great place to stop for train lovers who are traveling on Route 66. There is a beautifully-restored railroad display of a Frisco 4500 Steam Engine, a 1917 Vintage Tank Car, aTSU Murray Hill Car, a steam locomotive, a Frisco 1157 Caboose, several historic Oil Pump Jacks, and an old oil derrick on display.

Direct Air serves homes and businesses through the OKC and Tulsa areas with professional heating, cooling and plumbing services. We promise to work with integrity and honesty, so you know you can trust the service we provide! 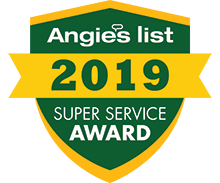 Rickey Rains
14:11 23 Nov 21
Marcus and his workers are great! Quick response, professional and quality work. We are realtors and have used Direct Air for our clients as well as for our own home. We highly recommend them!

Melissa Baker
19:50 11 Nov 21
The staff servicing my home were professional, kind, safe, and responsive. They took all efforts to council me on future needs, and I was glad to have them in my home. The plumbing work repaired is still working to date. Thank you for customer service.

brenda Fisher
20:30 20 Oct 21
I have used these guys for several rental units. The men that work for this company are amazing. Very friendly, quality work, show up on time and get the job done. Even when paying by the hour. I strongly recommend these guys for your next service need.
Service Area & Reviews